The one “problem” with my 10D is that you can’t possibly fit the thing in your pocket. I’m buying a “grip” for it from Andrew, which is going to make it even larger.

So I don’t feel as bad about tacking a huge lens onto it. Heck, the lenses I use are small compared to what the real pros shoot with.

But here’s what I need. Canon made a 1200mm lens. This thing is ridiculously large. At f/5.6, it’s as fast as my camera at 200mm. This is n amazing lens. This is the only lens where photos of the lens are routinely more interesting than photos taken with the lens. I knew for a long time that the lens was very expensive. But I wasn’t aware of the definition of “very” expensive, nor that Wikipedia had a page on it. It apparently cost just shy of $90,000, and was available only by special order.

So then I found this article about Nikon’s ‘version’ of that lens, a 1200-1700mm lens. Of course, being a Nikon, it’s black instead of white. Linked to from that page is this article on Reuters, written by one of their photographers in France who took the agency’s 1200-1700mm lens to an event this July to get some shorts of the new President of France. The situation is one in which most pro photographers would weep and give up, and the lens is barely long enough. (He jokes that next year he’ll put a 2x TC on it.)

This was oddly difficult, by the way. Kind of like that chart that has color names written in different colors, and you have to say what color the word is.

I haven’t paid all that much attention to the fires in California, especially after discovering that my family out there wasn’t anywhere near the blaze. But take a look at this. This family just got back from their honeymoon and their house was burned to the ground. Very literally. There’s a small pile of ash left.

AT&T is coming after them trying to collect $300 for the receiver that was damaged in the fire. The guy on the phone at AT&T had the audacity to suggest that they should have taken the rented satellite receiver with them when they evacuated.

Way to go, AT&T. Short of changing your logo to a swastika or making fun of 9/11 victims, I’m not sure you could possibly have made yourself look more foolish than this.

Would you buy perfume from a site called “I hate perfume?”

In another collection, he’s got gems like burning leaves,  beach, and some that can’t be succinctly described like Mr. Hulot’s Holiday.

Anyone looking for a server should look no further than eBay.

Don’t forget to get your free taco from Taco Bell, conveniently scheduled to be given away on Tuesday from 2 to 5.

For those in the area, here is a gameplan. You may want to focus on the Boston area and skip Western Mass. (Unless, of course, you are in Western Mass.) You get more bang for your buck. Or, more accurately, you get more taco for your free.

Unfortunately, collecting my tacos due will require that I skip two classes in a row. While I argue that it’s a sunk cost, it’s been pointed out that the opportunity cost of my tacos will be about $300. And you should include the cost of complementary goods, too.

So it seems that I’m going to class on Tuesday from 2 to 5. But, in return for my roadmap, if you’re collecting tacos, remember who did the laborious research of typing “Taco Bell” into Google Maps for you.

I went out to get some more shots today. I decided to try shooting in raw mode instead of JPEG. The images were 7 MB instead of 2 MB, but I have a lot more control afterwards. It’s much slower when you shoot in burst mode, though, so I switched back to JPEG.

Afterwards, though, I wondered if I could open it. It turns out that Ubuntu handles it natively. (I can’t say the same for Windows.) So I uploaded the files to Flickr, but it turns out that Flickr doesn’t display .crw files. So I had to export it with the GIMP.

In addition to letting you export to JPEG, it lets you export to ASCII. And an HTML table. So, for grins, I exported one of my six-megapixel pictures to an HTML table. It popped up a warning that it would almost certainly crash my browser. I did it anyway. Several minutes later, it finished writing to disk. It was a little shy of 300MB. It didn’t really crash Firefox per se, but I didn’t see anything but gray table cells. I’m not sure what went wrong, really, but I can forgive it for not accurately displaying a 300MB table. 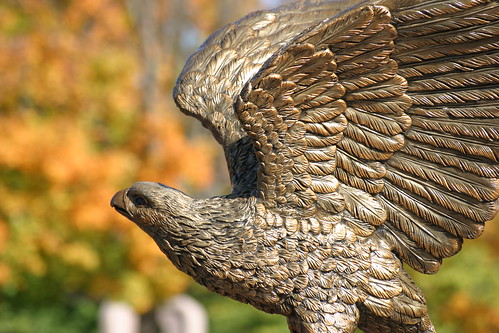 That’s a JPEG. Although that was a native JPEG, not one saved from a CRW.

I feel like no one in politics can ever agree, and that if a bill were introduced to, say, ban child abuse, someone would come out against it. But still, I feel like this is something everyone should support.

Take a wild gander at how much keeping children locked up costs us each year.

Why do we make it so hard for these kids to get help? Why don’t we offer GEDs and the like to people in jail? (And not just the kids, although they need it most.) Why are we not doing more job training? We spoke tonight with someone who runs a bookstore. It’s run entirely by kids who were referred there by the Department of Social Services and by probation officers. They learn job skills. “It takes them a long time to see that they matter,” she told us. Soon they come to realize that, and she praised their work ethic after that. One kid came in to talk to us. He didn’t want to speak about his past, so I don’t know the story, but he’s 17 and in this program. He’s working on finishing up high school, and is not just working in this business, but is one of the people helping to run it. After a while, the kids “graduate” out of the program and get real jobs, or go to college.

It’s impressive, but it gets exponentially more impressive when you realize that every single person in this program is someone who would be in jail, committing crimes, homeless, or some other miserable fate that’s not just bad for them, but a drain on society as a whole.

Why is this program an anomaly? Why are we not trying to place every kid who’s in jail in programs like this? It’s costing us $1 billion to keep them in jail. They’re wasting their lives away there and, when they get out, they’re almost certainly not going to be any different. The recidivism rate in the US is at about 60%. That is to say that 2 out of 3 people release from jail will end up in jail again.

It sounds like the system is very broken. I’m not saying that we shouldn’t lock violent criminals up. If you commit a crime you should go to jail. But it seems incredibly short-sighted to not educate these people and help them get jobs. If you come out of jail and the government helps place you in a job, you’re going to have less incentive to sell drugs or hold up convenience stores. And if you get an education and/or job training? Even better!

Of course it’s not a cure-all. People will always do stupid things because they’re drunk, or stab someone because they’re angry. But when two-thirds of people who go to jail get trapped in a downward spiral of crime, I think it’s time that we do something to try to help. By all means, we need other stuff too. But I’m fed up with people giving the ax to plans for petty reasons like, “There would still be some criminals.” Of course there will. But let’s at least start to do something!

The way I use this server gives me a luxury that bigger sites don’t: my visitors come from a select range, and I don’t have to worry much about blocking people erroneously. Therefore I can be quite aggressive in blocking IPs. /etc/hosts.deny is my new favorite file.

When I moderate comments here, I have a few choices… I can approve it, delete it, or mark it as spam. I never got what marking it as spam did… Apparently it doesn’t do much but set a ‘spam’ bit. (I’d hoped it trained Bayesian filters or something, but no such luck.) But what it does do is make it super-simple to construct an SQL query to pull out all the IPs that have posted spam. Add a little more and you get just the IPs this month that had posts flagged as spam. And you drop them in /etc/hosts.deny.

But then I was watching the system log file, and noticed lots of spam coming in. I’m not running much of a mailserver, so most addresses are bouncing. (Especially since they’re spamming addresses that have never existed?)

This is good news, though, for the IP-banhappy out there. Here’s my latest concoction:

In a nutshell, we look for “NOQUEUE” in the log files, pull out the 10th column (IP), split out the junk so it’s just a numeric IP, sort it, weed out the dupes with uniq and pass it the -c flag, which has it count the number of times each line occurs, and then we sort that, so that the list is now sorted by the number of bounces. It defaults to ascending order, so that the top of the file is all people who’ve only e-mailed one invalid address. So the ‘juicy’ part is the end of the file. So we pipe it to tail, which, by default, shows the last ten lines. So the output looks like:

You could use a little more magic to automatically add the second and third columns to /etc/hosts.deny, but I prefer to do it this way… The reason is that sometimes (not in this example) you’ll see posts from a range of similar IPs. It’s more of a judgment call where you draw the line, so I like to give it the once-over.

The news lately has been pretty surreal. By “lately” I mean the past few years.  For example, who would ever think that:

Really, I’m not sure anything could hit the news and not surprise me these days?