I saw some mention of BigPhotoHelp.com as a good place to get prints. It seems that they’re a smaller business with some nice printers, as opposed to a giant corporation. And yet they’re cheaper than the competition. (And they don’t offer tacky crap like coffee mugs with your picture on them.)

I did a little Photoshopping to get my skyline photo to be an appropriate format (it’s a bit cropped, so I added some white space on the bottom with text). It came to about $20 shipped Priority Mail which is a steal for a 20×30″ image even before you include shipping. (Now I need to find a cheap 20×30″ frame!) Their little wizard suggested that 19×29″ (how ironic) was the upper edge of what would still look sharp, but I went for 20×30″ anyway. We’ll see. (Actually, it was a few experiments in one — I used an obscure font for the text, which looks great but may not reproduce well. It does show up in their preview fine, though, so I think I’m golden.)

The walls in our room are bare, and it’s starting to get to me. Some ideas:

What prints do you recommend? I think I need to get a half-dozen or so.

I came across Glass and Gear today, a lens rental place. Unknown to me at first, they’re in New Hampshire. I chatted with the owner a bit via e-mail, and am pretty impressed. The 85mm f/1.2 lens is amazing. (For $3 grand, it had better be.) It’s often touted as one of the best lenses for portraiture.  (There’s also the 50mm f/1.2 if 85mm is too long.)

I then did some more searching, and realized that there are a lot of lens rental places out there. This place has the “Bigma” 50-500mm lens for just $49 for a week. Much more expensive, but there’s also the 600mm lens if you really need the best of the best.  And at $300 a week it’s not cheap, but they even have the Canon 1Ds Mark II body, currently the best camera Canon makes. 16 megapixels, full-frame, for a mere $7,000.  (The 1D Mark III is also incredible, but is aimed at sports photographers and the like; it can shoot at an incredible ISO 6400, a self-cleaning sensor, and it can capture so many photos a second that many have referred to it as a “machine gun” camera.) They seem to be the only place with good lighting rigs, too, for studio photography.

Oh, there are also super-macro lenses. It might be worth comparing prices on anything you’re going to rent (and looking for reviews: I haven’t done that yet!), but I was just surprised to learn how much is out there. Of course, being the first ones I found and practically a neighbor, I think Glass & Gear would be my preferred vendor. When the foliage gets a little nicer and I’m home for a nice crisp autumn weekend, I think I’m going to have to try an 85mm f/1.2 to get some good family portraits, and something like the Bigma to finally get some good moon shots.

As I mentioned, I bought a lot of two Canon digital SLRs off eBay. I got a great price. I succeeded the other night in selling one of the two for a fair price. (Which means that I ended up getting the 10D for under $300 after it was all said and done.)

However, the lens was part of the deal, which left me with a great camera but no lens. I’d already been wanting to get something with a better range, so it gave me a great opportunity to justify buying another one.

I took both lenses around campus. For outdoor stuff, I found the 55-200mm lens to be the more useful one: rare do I want to be a foot away from whatever I’m photographing. So I got a few of the banal shots: the library clocktower, the view from the top of the hill, and a few flowers. And as I stood outside the building waiting for a meeting, a butterfly flew by. I thought it’d make a great photo, but it’d be pretty tricky to get it in flight. But I lucked out. It landed on some flowers maybe 3 feet from where I was standing.

And this is what I love so much about the SLR: you just shoot to your heart’s content. I probably averaged 2 or 3 photos a second. Ordinarily you take a picture, wait a few seconds for it to write to disk, and take another… And don’t forget trying to pre-focus and everything so that shutter lag is under a second. Here I just shot non-stop. Quite a few turned out no good. But a few were great.

Part of the problem was that I was shooting “wide open” at f/5.6. (But at 200mm or so.) This left me with a pretty narrow depth of field, but it was subtle enough that I didn’t notice reviewing on the screen. (Which is perhaps why Canon’s newest cameras are coming with gigantic screens, 2.5-3″!) So in some shots the butterfly’s antenna (I almost said antlers) would be in focus, but the wings wouldn’t be. I had plenty of light, though, so I could have closed the lens a bit, but I didn’t think to. 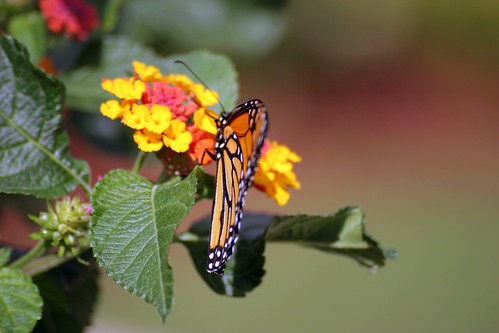 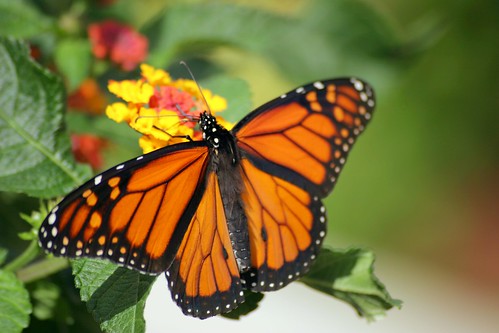 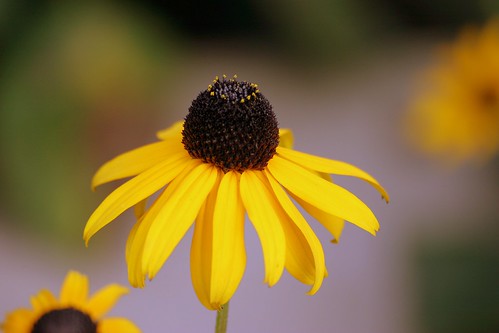 John Kerry’s speaking outside Faneuil Hall on Monday afternoon, which should give me some great portraiture opportunities, plus an excuse to spend the late morning / early afternoon wandering about Boston taking photos.

Oh, and one of the best butterfly shots I got today: 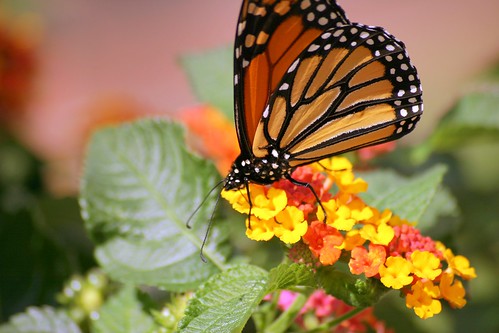 Rusty, who doesn’t actually use his own blog because he is a lazy slacker, sent me this link last night.

That said, Hitler did forever destroy our ability to use what’s probably a good layout for an office complex.

I have a lot of excess capacity on this server.  The ‘basic’ hosting industry is shot to hell: $3 for 100 GB of disk space and unlimited bandwidth might be considered expensive. (It goes without saying that they won’t actually let you use that much.)

But here are a few markets that aren’t touched on enough:

I don’t have the energy or time right now to aggressively pursue these. But I think all 3 would work pretty well.

Most ‘normal’ (point-and-shoot) cameras use really small sensors, no bigger than your thumbnail. In fact, probably smaller. They’re easily at 8 megapixels.

The sensor in my digital SLR is roughly the size of two postage stamps side-by-side. It’s six megapixels. (There are big quality advantages to this, but momentarily disregard them.)

Now consider if you had the ‘pixels per inch’ of the small sensor, but blew it up to the size of the APS-C sensors. I’d estimate you could get at least 50 megapixels.

Necessary? No. Would it require all sorts of upgrades (e.g., buffer) to work? Yes. And would the image quality be on par with an SLR? Nope. Would the lens be the limiting reactant? Possibly. But would it be awesome?

These photos are some of the most amazing things I’ve ever seen. And I’ve seen a lot of amazing photos.

As you look at more and more, you realize that there’s clearly heavy post-processing being done, e.g., Photoshopping details in, and generally doing more than just ‘fixing’ things up a little. (Some clearly get a bit unnatural, but most are realistic, just too consistently perfect.)

It’s spurned a bit of debate on the DPReview forums about how far is too far. And I think I’ve changed my tune a bit: you can go as far as you want, it’s just that at some point your cross over from “Wow, you really brought out the details in that shot” to “Wow, you manufactured a great image!” But then there’s the in-between, where you can’t quite be sure how much was manufactured and how much was just an amazing shot.

In any case, you owe it to yourself to check out the photos. And maybe book a spot on the next flight to Java.

I’m hardly in the upper echelon when it comes to social skills, but I’m going to post this anyway…

I’ve come to the conclusion that a person’s social skills are one of the most important things they learn. The problem is that they seem to be learned solely through trial and error and observed experiences: no one ever teaches you anything formally. Some people are naturals. I just read an article about Obama, and he’s definitely one of them. Most people here, being a business school, have pretty good social skills. But we’ll periodically mingle with other schools. At a big convention we went to last year, I realized that some of the people there had terrible social skills, to the point of being somewhat creepy.

I think it’s somewhat industry-specific. In the business world, you need strong social skills. If I’d gone on to become, say, a programmer as I once considered, it wouldn’t have been as important, but it’d still be very important.

I view this as a sort of crisis. Too many mal-adjusted people are passing through our schools. In my opinion, it’s one of the most critical skills, and they’re just never getting taught. Let’s cut out history and replace it with Socializing 101. I never did like history anyway…

I read Body for Life a while back, and kept thinking, “I should take that up… Next week.”

This morning I finally cracked and went for a jog. I almost didn’t, but at the last minute I decided to give it a try. I promised myself I wouldn’t go far, and that I could always switch to walking if I wanted.

I made it about 200 feet great. I thought, “Wow, this isn’t so bad.” But then for the remaining quarter-mile or so, I was panting the whole time. Finally the sidewalk ended, and I took that as a perfect excuse to walk the rest of the way back to my dorm.

It’s a pathetic beginning, but, well, at least I began.