The best of the Internet today, according to me:

While it’s nice to not have a VP that travels the country to promote torture (I’m not even joking or exaggerating, either?), I really wish our new VP could do something other than put his foot in his mouth. Besides his horribly-misconstrued (and even more horribly-articulated) comment seemingly calling Obama the first “clean” black politician, and things like asking people in wheelchairs to stand up, he was on primetime TV this morning telling people to avoid airplanes, subways, and pretty much the public, to make sure they don’t catch the swine flu, but that going to Mexico wasn’t nearly as big a threat as being in confined spaces.

The CDC, the White House, and the Department of Homeland Security have all pretty much come out and said that Biden’s advice was completely wrong and backwards. In the words of a coworker (in what’s bound to become a sarcastic slogan, if it’s not already), Way to Go, Joe.

We were talking quite some time ago at college about how gay marriage had been legal in Massachusetts for a few years. Despite all the hubbub about it being the end of the world–or the greatest thing since sliced bread–we came to the conclusion that it was a complete non-issue. None of us knew anyone who knew anyone who had ever been to a gay wedding, and even my conservative peers came to not care in the slightest that same-sex couples could get married. It’s gone on for years, and the impact to conservatives who felt threatened turned out to be nil.

And then I remembered that Massachusetts had decriminalized the possession of small amounts of marijuana. Like gay marriage, it drew a lot of criticism, and had many panicked that the sky was falling. About four months (I think?) later, absolutely nothing has happened as a result. It’s had zero impact on my life or those I know. Massachusetts doesn’t suddenly have a drug catastrophe.

I wonder what else would turn out that way. Drivers licenses for illegal immigrants? (It’s no secret they drive; I’d much rather that they had to follow the same rules I did to get my license.) Loosening up gun laws on non-criminals? (Gotta get both sides in there! I do think Boston and New Hampshire are very different, but I live in a state with incredibly lax gun laws and would be hard-pressed to think of a single gun crime.)

Though I think there’s an interesting lesson in this. For all the political apathy we’re accused of, it seems that there’s an awful lot of Chicken Little FUD (on both sides) about things that turn out to be non-issues to most of us.

After reading about a series of pirate attacks last year—back then an almost laughably bizarre occurrence—I became interested in the concept of modern piracy, something I, like many average citizens, was unaware still went on. I picked up a copy of John Burnett’s Dangerous Waters: Modern Piracy and Terror on the High Seas after hearing him talk on NPR, but didn’t get far into it.

Recent events revived my interest, and I made some headway in the book this weekend. It turns out that piracy has been a major problem for ships in third-world areas, which is problematic since many major international shipping lanes progress right through these areas. No ship is immune, from small sailboats to “VLCCs”: Very Large Crude Carriers, commercial oil tankers rivaling our military’s biggest ships in size. As we learned with the recent hostage situation, pirates tend to be destitute teenagers from the poverty-stricken nations who have little to lose and everything to gain.

This afternoon, I read an interesting observation: some private ships, including cruise ships, are known to employ “heavies,” gun-toting mercenaries, to protect the ship and those onboard. Guns are otherwise uncommon: there are many thorny legal issues, including the need to declare them to customs when docking in a foreign port, at which point they’re seized until you leave again; the fact that pulling a gun on pirates, unless you’re a well-trained marksman, is likely to get you shot; and the fact that, on many of the oil tankers, a single stray round could blow the whole ship up.

So imagine my surprise when I checked out Google News, and saw that an Italian cruise liner off the coast of Somalia actually used its heavies to deter pirates. Besides idle fascination n the escalating pirate wars, I think this is a good thing: if pirates are becoming brazen enough to fire on cruise ships, there’s a much more pressing need for the international community to aggressively put an end to piracy. Piracy is no longer an obscure issue affecting an incredibly small number of commercial ships, but something threatening anyone on a boat in international waters, and the latest escalation is likely to cause an even greater escalation in piracy defenses.

My post this week will probably reflect a clear bias towards good deals on LCDs, since I’m itching to pick up another one. There are some other good ones in here, too, though:

From the, “I’m not entirely sure how I got here” section of the Internet comes this SAN on eBay. At $2,000 it’s a little out of my price range, but it’s pretty much what I’ve wanted for a long time: a box that will just sit in the corner, but that also kicks butt. Seven hot-swappable 1500GB SATA disks with 32MB cache each, behind a RAID controller that supports auto-rebuild and RAID 6. Speaks NFS, SMB, CIFS, AFP, and also FTP and HTTP(S). And apparently, an HTTP/FTP/BitTorrent download manager via its web interface.

And it seems to get good reviews, too. I initially thought it was just a cheap enclosure with 7x big drives, but it’s actually a full-blown computer, and it has some serious features, like the apparent ability to bond across its dual GigE ports, and to work over iSCSI. I’ve seen mention of it having ZFS support if you’re not happy enough with ext3. (ZFS supports a lot of cool features, though I’m not sure I’m familiar enough with it to use it on something important.)

$2,000’s some serious money, but it buys you a 10 terabyte SAN that speaks iSCSI, has bonded GigE, and has a “real” RAID card (one that does more than RAID 1/0). (Oh, shop around! It looks like it’s under $1,000 without disks. Which actually makes it seem kind of expensive.)

Apparently, a company wrote an application for the iPhone called Baby Shaker. It depicts a crying baby, and you vigorously shake the iPhone to make it stop, at which point its eyes are replaced by X’s.

Apple pulled the application from its store and apologized, saying, “This app is deeply offensive and should not have been approved for distribution on the App Store.”

The Sarah Jane Brain Foundation, however, has had enough, with a spokesperson calling it “the most cynical apology I have ever seen.” They plan to picket Apple stores, calling on them to “mitigate the harm they’ve now caused.”

What I find so interesting is how the Sarah Jane Brain Foundation has had “The PETA Effect” here, at least for me: so vehemently overstating your cause that you steer people to the other side. If I’d seen the application distributed, I’d surely have joined the Sarah Jane Brain Foundation in finding it horrifically offensive. It’s in bad taste and makes light of an abusive practice that kills many babies and leaves even more with permanent injuries and brain damage.

And yet, with them coming across as so overzealous, my “That’s really kind of funny” sense is triggered, just a tiny bit. I guess I find their position so outrageous since:

What do you think? Was Apple’s apology (and prompt retraction) of the app good enough? Should Apple have left it up even though it was controversial?

I’ve been running a Mac as my work machine for a while now. (And, since it’s a laptop, it tends to become my personal machine somewhat, too.) Excluding things that are specific to programming, here are a few tools I don’t think I could live without–and they’re all free! 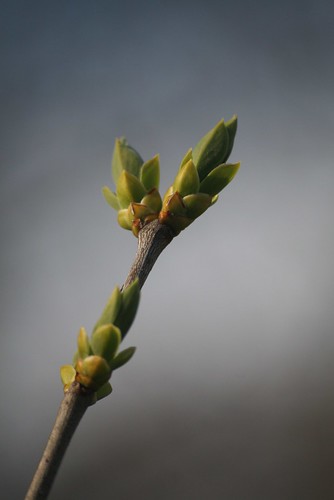 Thinking about a $22,000 lens got me thinking about “real” cameras a bit more. And it occurred to me that Canon is in kind of a weird spot right now.

Their flagship camera has always been the EOS-1. With digital it was the 1D, which was followed by a 1Ds. The s designates that it’s meant for studio work, with a higher resolution but lower framerate. After a while Canon replaced them with the “Mark II” edition of the 1D and 1Ds, and a few years (?) ago, the Mark III edition.

The Mark IIIs were well received. The 1D Mark III supported up to ISO6400 if unlocked, allowing great low-light performance. The 1Ds Mark III is what really got people drooling, though, with a 21-megapixel resolution. I think it was around 10 megapixels that people started saying that resolution wars should really be considered over. 21 megapixels, in the eyes of many, bests medium-format cameras. People shoot for two-page magazine spreads and billboards with lower resolutions.

So it’s high time for a Mark IV series. I haven’t even seen rumors about it yet, which tend to start long before the camera’s released. But here are some of the things I’d really like to see Canon release in a Mark IV edition: