I’ve noticed this interesting tendency of people to evaluate things based on all the wrong metrics.

A new Android phone came out the other day, and one of the reviews I read was praising its hardware specs. It had a quad-core processor and 2GB of RAM, or something like that. Its battery life was expressed in mAh and was a pretty high number.

Even though I’m a huge dork, I really don’t care about any of that stuff. I don’t want to overclock my phone. I want something where the apps run fast, and I don’t have to charge the phone every night or wake up with a dead battery. I want something where the interface feels polished, and there are lots of good apps. Oh, and I want it to not drop my calls all the time. I bet this is part of the reason why Apple has such a great market share for the iPhone — they promote the iPhone’s functionality and polish, not its tech specs.

Cameras are similar. If you’re comparing two cameras, what do you look at? Most people seem to care about which has the most megapixels, which is a pretty meaningless measure. (Case in point: I’ve actually turned down the resolution on my camera because the default was needlessly large. I think I’ve mentioned before that I have a high-quality 20×30″ print from a 6-megapixel camera?) The blame here doesn’t really lie with consumers, though. It’s something camera makers promote, and something stores go along with. They hype the metrics that just don’t matter.

I just happened across an ad for a hosting company, and forgot what a crazy industry that has become. It’s oversold beyond belief. Want 100GB of space and 5TB of bandwidth? There’s a line of companies that advertise stuff like that for a couple bucks a month. And then, when they reach rock-bottom prices, they start adding extra. 100GB of RAID 10 storage. 100 GB of RAID 10 storage on SSDs.

It’s a trick question, of course. You’d rather the company that had a fast network, kept the load on its servers low, and had a responsive customer service department. (“Fast network” meaning that it has low latency and plenty of headroom, not that they advertise their “100GB network” as if they actually have 100 Gbps of transit.) But good luck finding anyone advertising those things.

This is apparently a legitimate medical thing, although they said that about trepanning in the past, too. But the fact that it’s a real medical thing will not stop me from having nightmares tonight about being tortured with this thing. 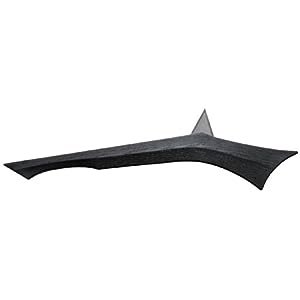 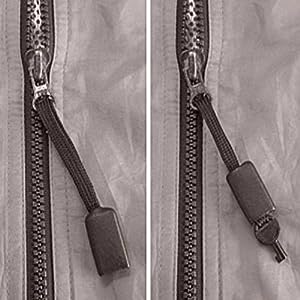 There’s (presumably) nothing illegal about owning handcuff keys. There are maybe even legitimate reasons for wanting one that was concealable. (Though, short of being a magician, I’m having a hard time thinking of any.) But a legitimate reason for needing your concealed handcuff key to be non-metallic? 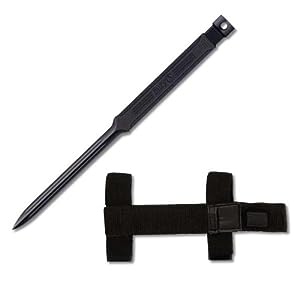 The only reason I can think of for making a knife non-metallic would be (a) you need to perform surgery on someone inside of an MRI machine, or (b) you need to get your knife through a metal detector.

If I ever need surgery performed inside of an MRI machine, I’m hoping the surgeon doesn’t use a $7.08 knife from Amazon.

One comment happily proclaims that it won’t set off metal detectors. Two (though one is clearly in jest) talk about how effective it is on severing flesh. 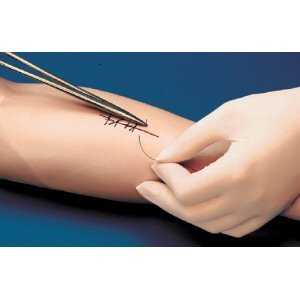 This seems to be targeted at medical students, and the related items make it look like there are fake arms for practicing on. So this one is entirely legitimate.

But I’m still going to have nightmares tonight that, while suspended in the neck-hanger in #1, my torturist (is that a real word?) begins suturing my arm at random.