(Okay, it works in chronological order, but I display newest on top… So just pretend my title complements Kyle’s.)

I wasn’t planning on blogging about my Christmas presents, but Kyle did and I decided to save some stuff for a new post.

I was much relieved when the former bishop of Turkey brought a Rebel XTi to replace my 10D (RIP, buddy; I loved you for the short time I knew thee). Although it’s technically a lower “class” of camera, the XTi is really an upgrade to the 10D in all ways except size and weight, so I’m quite pleased. (I “lost” ISO3200, but it was so noisy that i don’t miss it.) Not only is it a higher resolution (and a bigger LCD!), but Canon introduced an awesome new feature: an ultrasonic “duster” for the sensor that runs every time you turn the camera on or off. It’s too soon to tell, but it’s seemingly pretty effective at making sensor dust a problem of the past.

Along with it was a 50mm f/1.8 lens… I was a bit concerned at first, because it’s an effective 80mm with the FoV crop, but it’s turned out to still be an ideal length. The f/1.8 aperture affords me two great abilities: one is to take pictures in comparatively dark places without relying on flash, and the other is the ability to throw the background way out of focus, achieving “bokeh,” a fabulous effect. 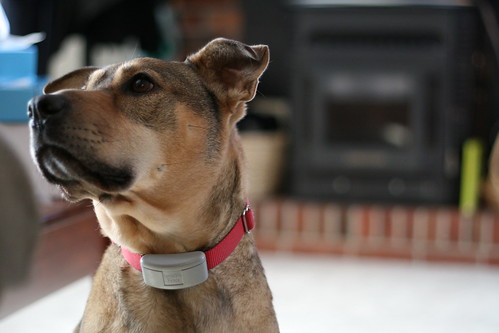 I should note that, in the past few days, I re-shuffled things on my computer, re-installing Ubuntu on a clean partition and getting Compiz working. I’m hoping to use Xen to run my Windows installation, but I haven’t gotten Xen and my desktop environment to play nicely yet. I backed up my 500 GB “backup” drive, reformatted and repartitioned it (in a sane manner this time), and then moved everything back onto it in a more organized manner. I also set up an old stereo I had almost forgotten I owned. So it was practically Christmas even before today.

We also got a Wii for the family, along with Guitar Hero 3. Trying to get my parents using it, I realized just how steep the learning curve is: they’ve probably sunk a couple hours into practice and are just now finishing songs. It was the same way for me, too, just a long time ago. In a way, I kind of wonder why people bother: if you spend half an hour and get nothing but the crowd booing you, it’s really not encouraging to keep going. GH3 on the Wii is interesting–you snap a Wiimote into the back and use that, making it a wireless guitar. (Woot!) As an added bonus, the sounds when you mess up come out the controller and not the TV, which would be very helpful in multiplayer mode. 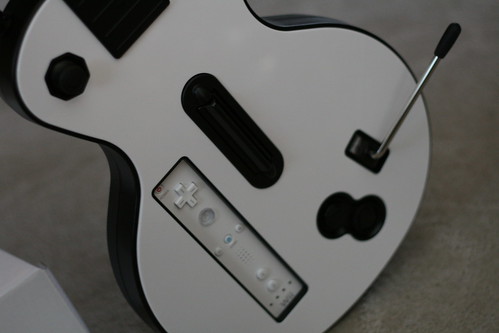 The Wiimotes now ship with this silly-looking “skin” for the controllers. I’m not sure whether it’s to protect the controllers (which practically explode if they get flung into a cinder block wall) or to protect people (who, presumably, do not like being hit in the head with game controllers), but it’s probably a good idea either way… They just look a bit goofy, is all. 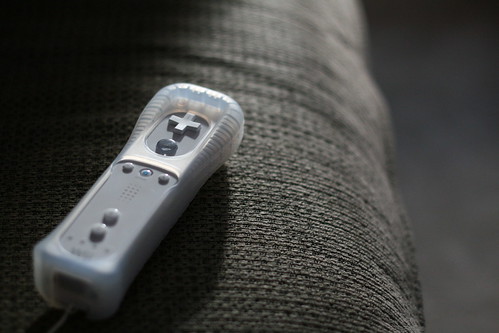 I also got some great books… I’ve started several, and am having a hard time deciding whether I should keep up status quo (reading a chapter or two from one and then coming back and picking up another book and continuing that), or read them sequentially. Current must-reads on my nightstand* include my (signed!) copy of The First Campaign by Garrett Graff, an expert on blogging and politics; Tim Ferriss’ The Four-Hour Workweek (pre-review: the little bit I’ve read is fascinating, but between the book and his website, I can’t help but pick up on a bit of ego?); “Why Are All the Black Kids Sitting Together in the Cafeteria,” an interesting (or so it looks; I haven’t gotten far in yet) look at race relations in America by Spelman College President Beverly Daniel Tatum; and Naked Economics, a thin paperback “Undressing the Dismal Science” by Charles Wheelan: it looks like the type of book I wish I’d had when I was taking Economics.

I also received a nice vacuum. Ordinarily, I wouldn’t be too excited about a vacuum cleaner. Think of the, “Oh, it’s more clothes?!” you felt as a child. I think that’s how most people would feel upon receiving a vacuum cleaner. Especially college-aged guys. But you should see the floors in my dorm room… The vacuum was among my favorite gifts this year. Our floor at school gets vacuumed about once a month. It needs to be vacuumed about thrice a week. So it’s going to be a huge improvement.

* Full disclosure: I don’t actually have a nightstand, but I didn’t think it was too egregious of a lie to not say that the books are actually split between my desk and the side of my bed. But in case anyone wants to try to accuse me, there it is: I don’t have a nightstand.