Long ago, photographers found a halfway decent solution: graduated filters. Basically, you stick a filter in front of the lens, with part of it darker than the rest. It’s great if, say, you want to take a great picture at the beach with both foreground detail and the sky properly exposed.

With computers, though, there’s been another photo. You take a series of bracketed shots: one or two for the sky, one or two for the foreground, etc. Some people have been known to stitch together close to a dozen. Having a tripod helps tremendously here, since the images need to be pretty much exactly the same besides exposure.

Strictly, HDR requires more than a monitor can really display, but a technique called tone mapping is often used. The basic premise is to take the “good” parts of each shot in a bracketed series and stitch them together. Photoshop CS2 and newer has an HDR utility, though I’ve been pretty unimpressed with the results. Today I started playing around with an Open Source tool called Qtpfsgui. It’s even cross-platform! It supports multiple algorithms for doing tone mapping, too.

Overall, I’m still not that happy with the results, but it’s a start. Here’s a ‘normal’ shot of the beach, taken on Cape Cod yesterday: 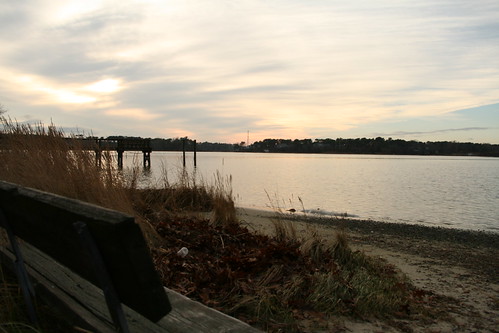 You’ll note that the foreground (e.g., the bench) is too dark, yet the sky is too light. It’s a good illustration of insufficient dynamic range.

Luckily, I knew in the back of my head that I wanted to try my hand at HDR photography, so I saw it as an opportunity. I set my camera to meter -2 to +2 EV, to try to cover the full range. The end product: 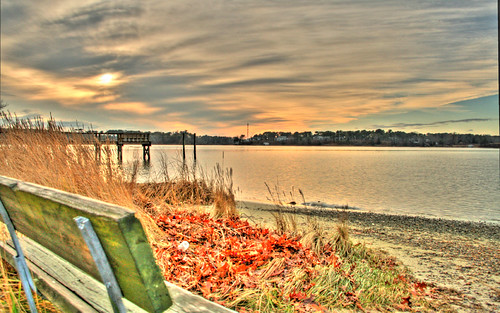 It displays a very common pet peeve of mine with HDR photos: it looks entirely unrealistic. Absurd, even. I think part of it’s that it’s just overdone, and that the contrast is jacked way up. I want to play around with it more and see if I can get a more natural product. So far, no luck. But, at least in a technical sense, it’s an improvement over the first image.

I’d like to see HDR come a little further, so that HDR photos don’t have the same, “Whoa!” quality that a scary old lady with way too much makeup has. I don’t think the limitations are entirely technical at this point, either.