I guess I’m supporting Obama. He was pretty high up on my list, but I hadn’t necessarily made up my mind yet. But between marching in the parade with his campaign and attending a session with him today, I guess the choice is made. But boy, it’s the right one.

I didn’t ask any questions, but he answered some of mine anyway. He wants, for example, to get out of Iraq. He’s not a pacifist: he suggests that we should have some troops in places where the Taliban is. I went in with my big worry being that he really doesn’t have the experience to lead the country. I left convinced, beyond any doubt, that he’s the right man for the job. You have to hear him speak: in addition to concluding that he’s the right man person (wouldn’t want to exclude Hillary) for the job, I left today with a sense of hope. It’s really hard to describe. You’ve just got to hear him.

We ended up in a nearly-perfect spot for photos. (For a little bit I was literally rubbing elbows with a newspaper photographer. It was neat to see how he worked; two cameras with different lenses [one is one of the newer Canon DSLRs with the huge screens]. The cameras have a nice high frame rate, so he was snapping several photos a second. At one point, he wanted some photos from above, so he just held the camera above his head, held down the shutter, and moved it around. In a few seconds’ time, he probably ended up with about 30 pictures, at least one of which, by sheer chance, had to have been good.)

Anyway! I’ve put many of them up on Flickr, but I’ll go over some highlights here.

To start with, on the way in, we drove by WMUR’s studios. They need to send a gardener up onto their roof. Is that thing an antenna overgrown with vines? 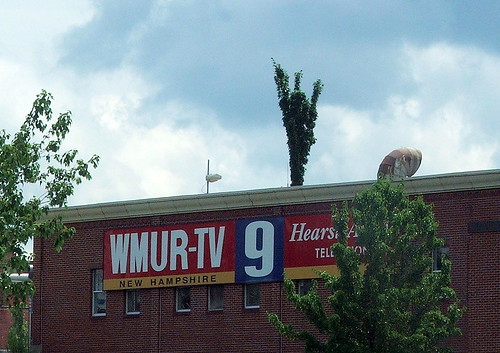 We also passed this creepy building: 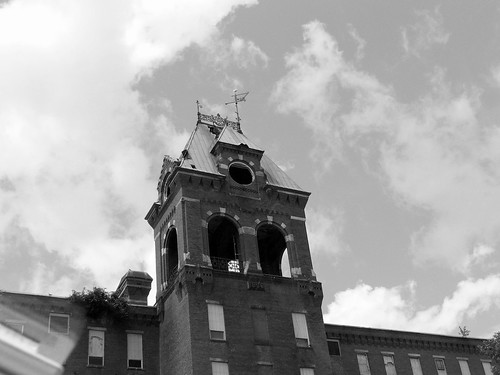 When he was first walking out, everyone was clamoring for a view, and all the photographers, casual or pro, were desperate to get a shot. I snagged this one, and was pretty proud of myself: 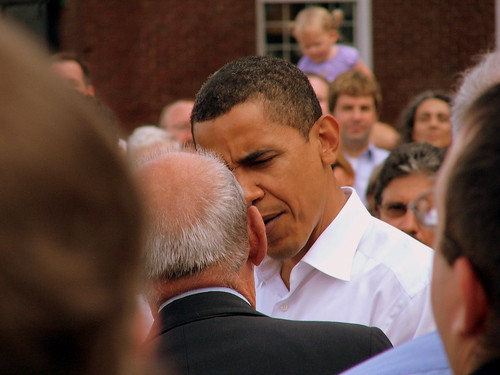 After everyone took their seats, though, I think we all realized that everyone could see fine. We were standing right behind the last seats, so I had a great view: 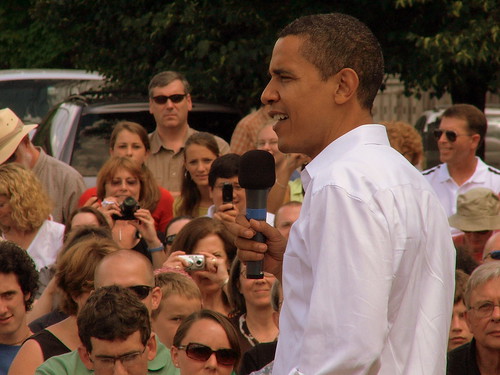 The crowd was much bigger than that photo suggests. Here’s a better one: 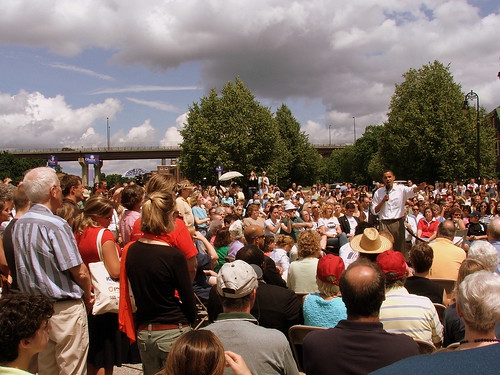 He’s so happy! I think that’s one of the things that people like about him so much, even if no one mentions it. While other politicians talk about how we’re all going to die in the upcoming terrorist attacks, Obama, as one of the parade chants went, spreads hope and cheer: 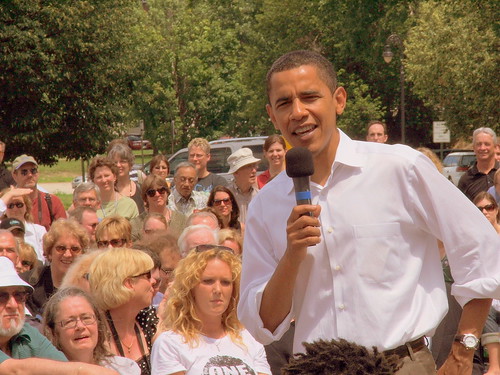 He had several security people sitting in the front row. I wonder who they were with. Are they a private firm? Secret Service? State Police? 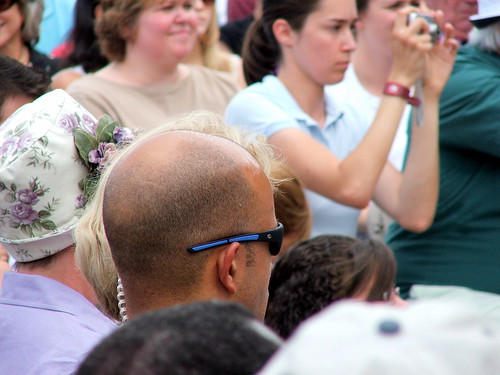 He took a lot of time—probably at least half the total time—for questions. One guy didn’t really ask anything, as much as mention that America shouldn’t be about dynasties, and talked about the Bush dynasty and the threat of a Clinton dynasty. The guy then sang a song, which was actually really good, and got a great response from the crowd. And Obama: 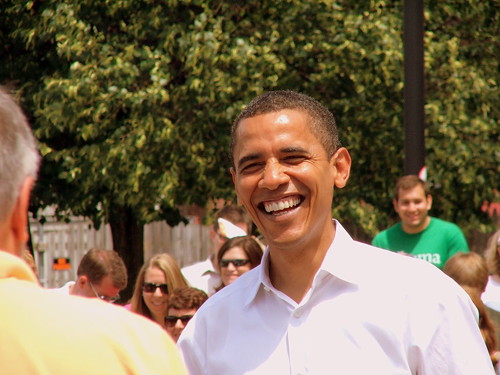 The questions were good. One woman, probably in her mid 20s, talked about how she’d been forced into bankruptcy after a slew of medical bills for surgery. And Senator Obama listened to her, and seemed to even care, something that truly seems unusual in politicians. 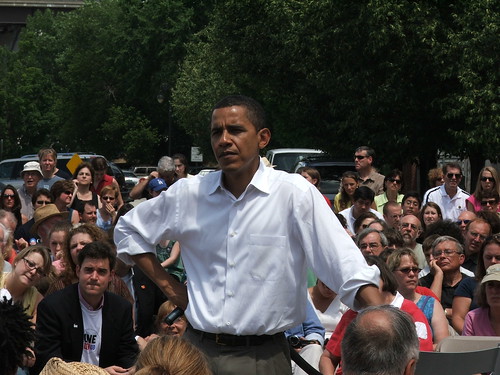 This isn’t that great a photo, but here’s another significant question-asker: 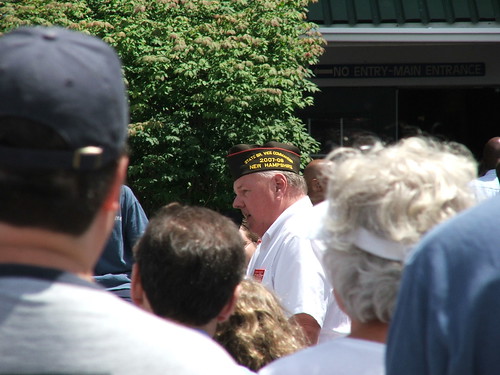 He introduced himself as a Vietnam vet, which drew applause. He then explained all the trouble he’s had with health care and hospital bills; I don’t want to put words in his mouth, but I think it’s fair to say that he felt that the nation he’d defended didn’t really care about him anymore. Senator Obama mentioned that he was troubled because he was hearing that throughout the country.