Thought I’d post some photographic highlights from my trip so far….

Thanks to Garrett for suggesting that we take a trip to the monuments at night. We talked about HDR a bit, and I got some great shots. 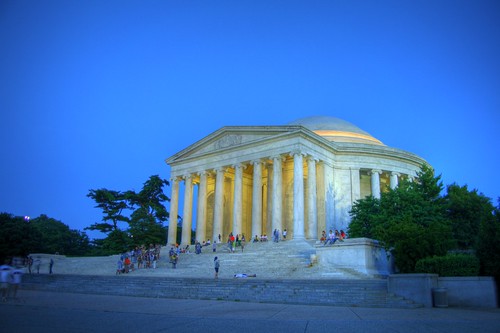 That was as the sun was setting, so the sky is still a bit light. It’s definitely worth checking out the inside, too: 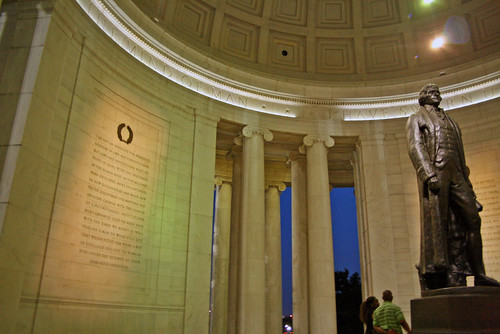 It’s right on what I keep calling a pond or lake, but is properly called the Tidal Basin. On the other side is the Washington Monument: 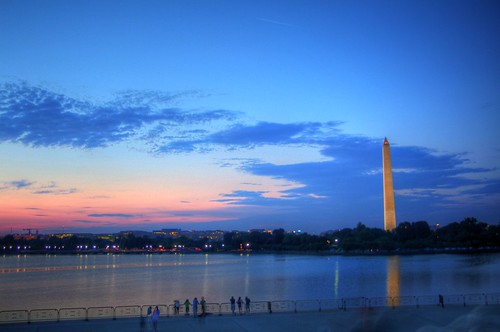 We actually haven’t (and probably won’t) visit[ed] it yet, as it’s apparently a ludicrously popular destination. I had to abandon (well, put away) the tripod after a while when the security guards informed me that tripods weren’t permitted, so I switched to ISO1600… It’s surprisingly useful in the dark: 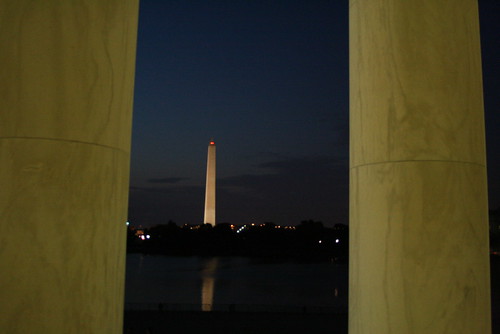 That’s the Monument framed by two pillars of the Jefferson Memorial. The Tidal Basin in the middle smells awful, BTW.

Garrett and I talked about HDR a bit, and I began by taking what might be one of the most tacky HDR photos ever: 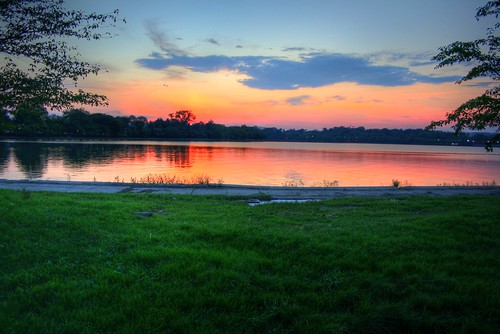 It’s a gorgeous photo really small, but it bothers me if I look at it much, mostly because it looks really unnatural. 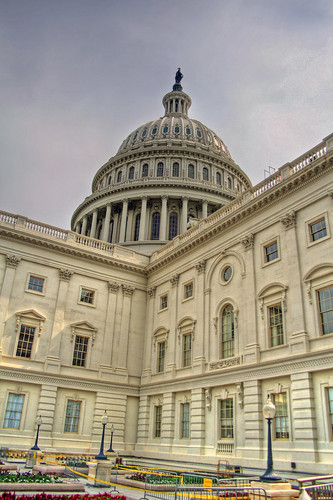 Today we toured the Capitol, which is an intriguing place. I took an equally-tacky HDR shot of that. I think the problem there is just that the dome and the building don’t match at all. I took a shot of the rotunda (think “the underside of that big dome”): 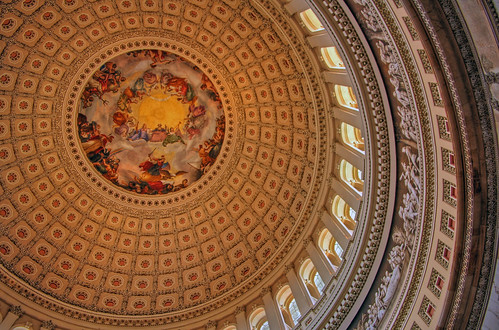 We also hit up the National Cathedral today… This shot burns my retinas a bit, but that insanely bright, insanely vibrant color on the church was actually pretty accurate… The sun was setting, leaving a nice, warm, golden glow. 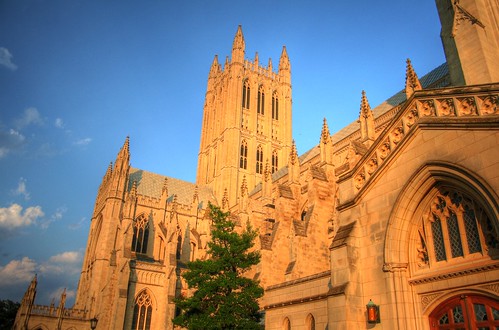 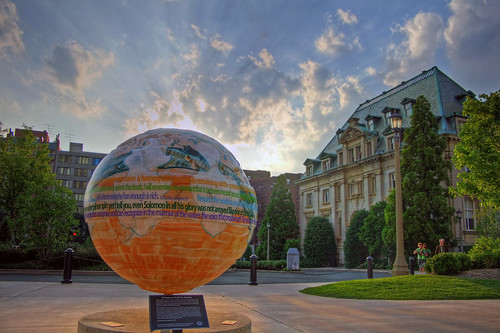 I honestly have no idea what that thing is (besides “a globe”), but between that and the stellar sky behind it, I like this shot.

We hit up the White House (among other attractions) tomorrow, though they don’t allow anything to be brought in, so don’t count on any shots of that. (Unless we go back and photograph the outside separately.)

One thought on “Washington DC”