In what is apparently now a series, here’s another “Towerspotting” post. This time I traveled to Mt. Uncanoonuc in Goffstown, NH. (Months ago, actually.) 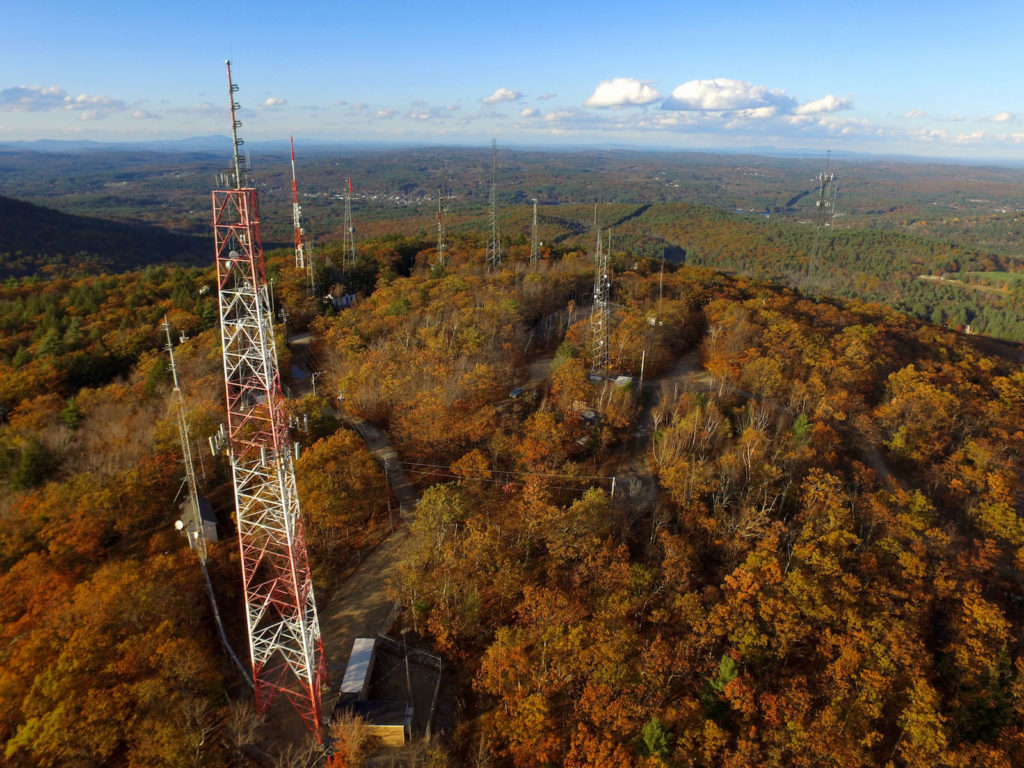 Just a short bit outside of Manchester, the 1,321-foot summit has a height above average terrain (HAAT) of about 250 meters, or 820 feet, which perhaps explains why it’s home to much of the southern NH TV and radio stations.

The contents of the mountain are perhaps better revealed by a lower shot from when I took my drone up there earlier this fall: 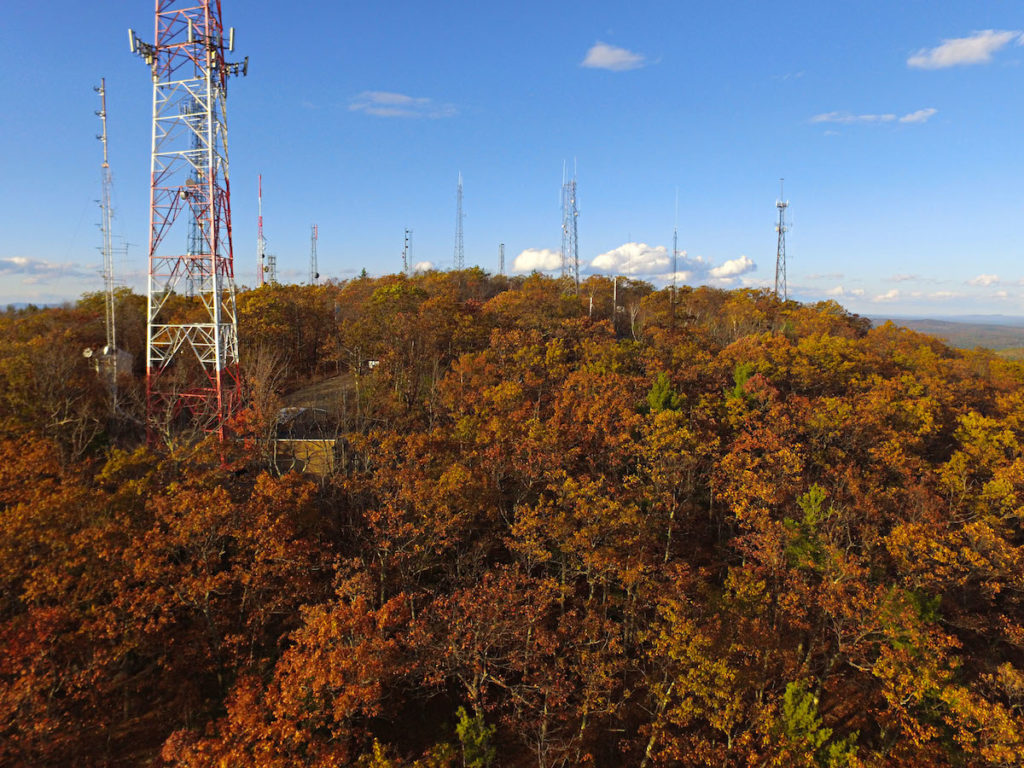 I’m about 95% sure on those. Corrections welcome!

Here’s another view, showing a few of the towers and looking over to North Uncanoonuc: 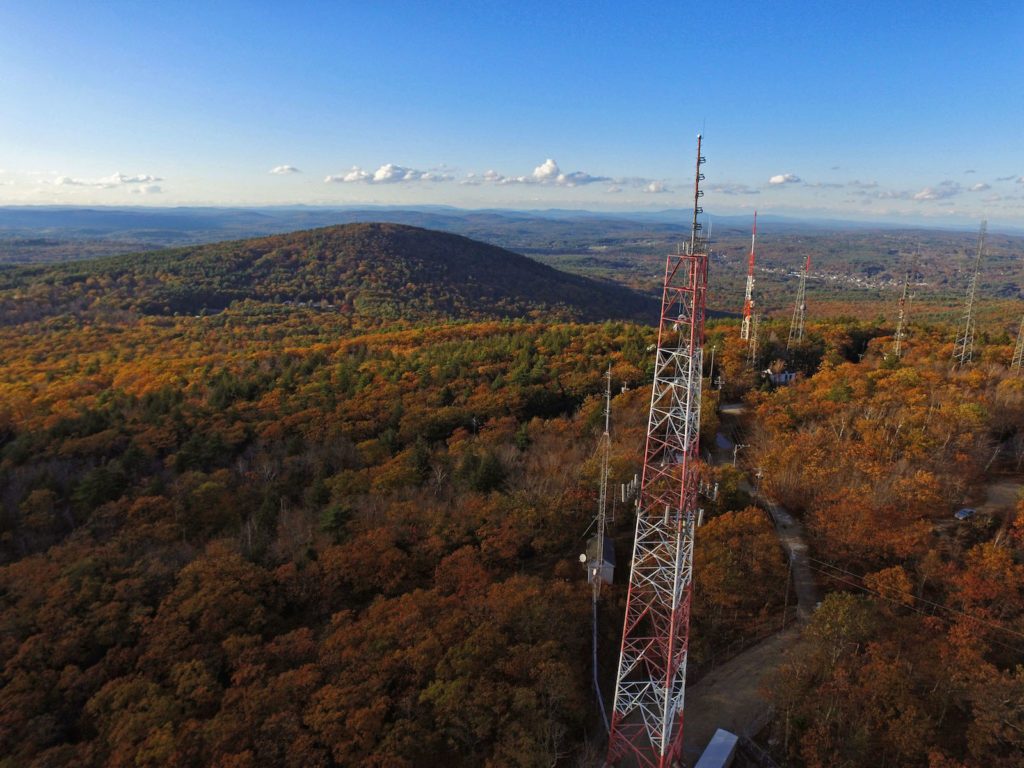 (It’s far more likely that my camera was a little crooked than the tower having a lean…) The structures at the very top are simply lightning rods/dissipators. I’m not totally clear what’s up there, but I suspect that the 3 bays at top are their primary antenna system, with the two smaller ones on the left being a backup. The antennas are cross-polarized, to serve listeners whether their antennas are horizontal or vertical, and consequentially look a bit strange compared to your average antenna.

The round dishes are most likely 900 MHz studio-transmitter link antennas, feeding the broadcast audio.

WZID is licensed for 14.5 kW on 95.7, though FMpower suggests that this is probably maximum power for a Class B station based on HAAT.

And here’s WNEU-TV, a Univision station: 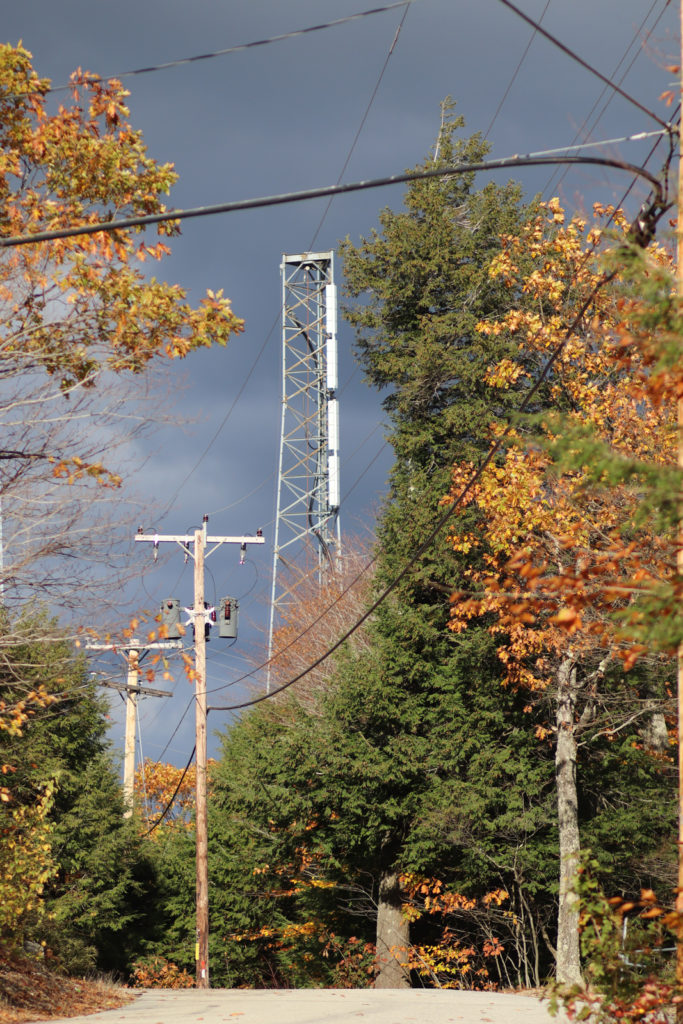 Walking around the top of the hill, each tower is surrounded by a barbed-wire or razor-wire fence, and also contains a transmitter building. WNEU’s is one of the only ones that makes a lot of noise, with a substantial HVAC system with giant fans. It made sense when I started looking up licenses, and found that they’re licensed for 80 kW output. 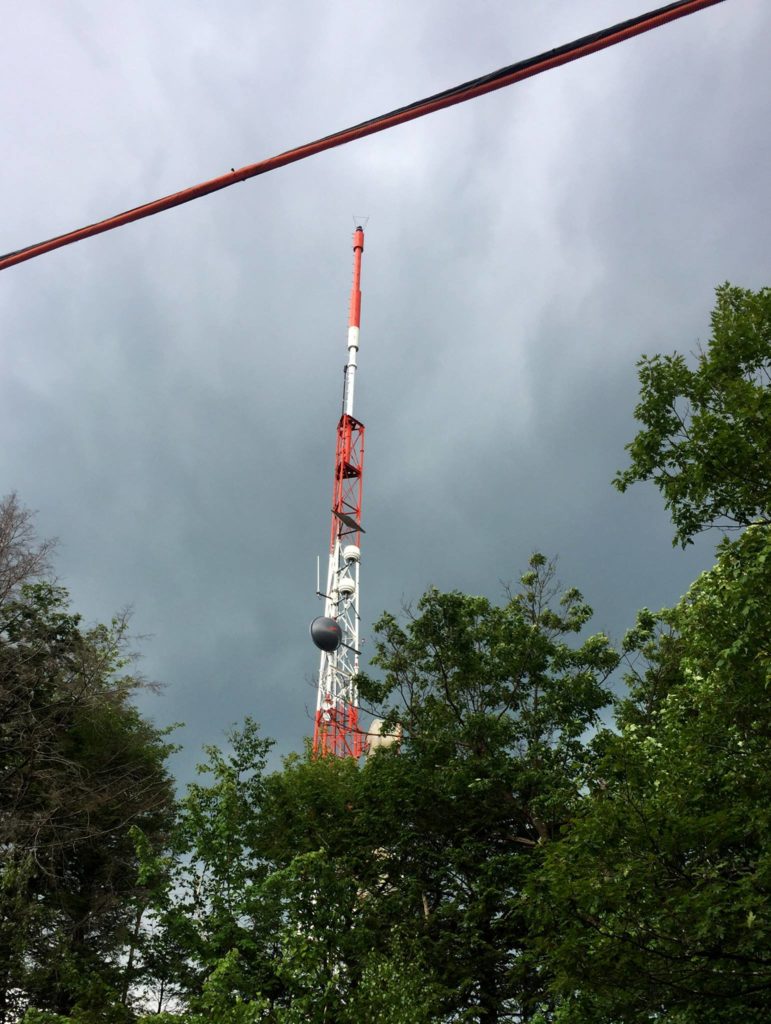 And finally, WGIR-FM, whose antenna we were almost looking into on some of the drone shots: 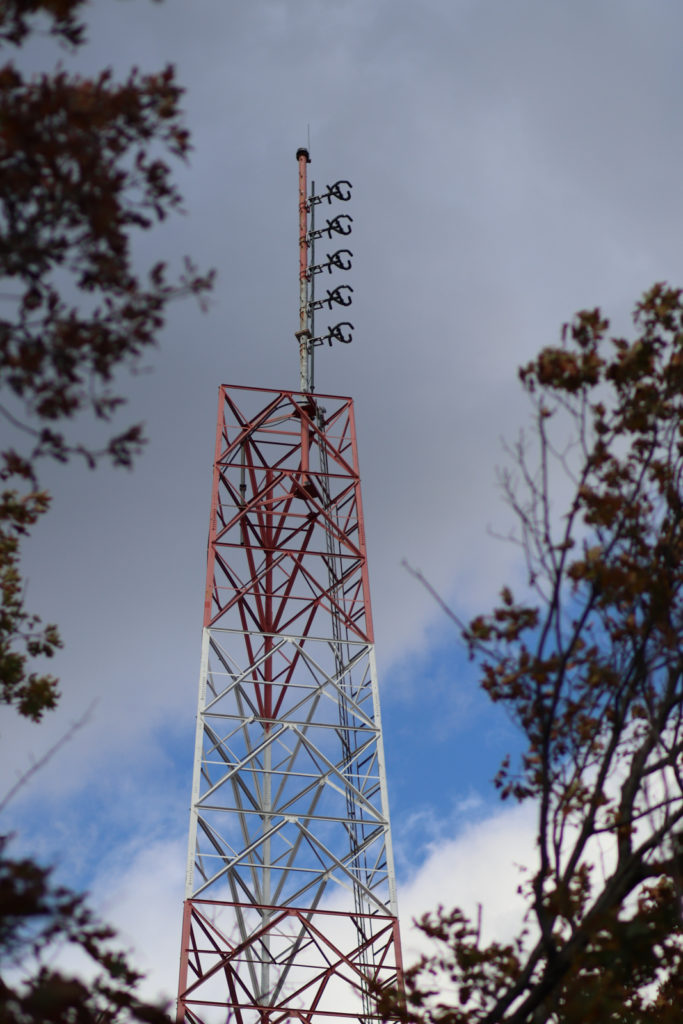 They are licensed for 11.5 kW at 101.1 MHz, but, like WZID, it seems this is maximum legal power based on their height.

There is also some ham stuff up there, including a few DMR repeaters through DMR-MARC, and a 220 MHz link for the N1IMO repeater. At one time there was a 6-meter repeater as well, but it seems to have faded from the Internet and I’m not sure it’s still around.