* In discussing filters, 55mm refers to the diameter of the mount on the front of the lens, not the focal length of the lens.

I was at the mall yesterday, so I impulse-bought a 58mm circular polarizer. It just so happens that yesterday and today were, bright, clear days, so I got to put it to use. 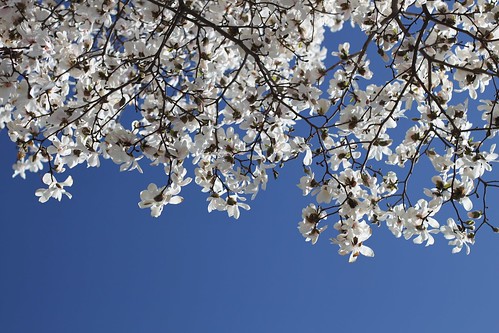 The rich blue sky closely matches what I saw, but it wouldn’t have been possible to capture without the aid of the polarizer. Similarly, I’d have expected the details on the tree to have been lost somewhat.

Here are a couple less-awesome photos that illustrate the benefits. First, here’s a not-terribly-inspiring shot of a puddle Kyle and I passed while going for a walk today: 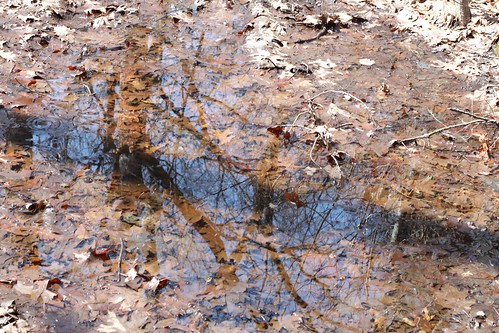 Here’s the same shot with the polarizer adjusted to block the glare, allowing you to see into the puddle: 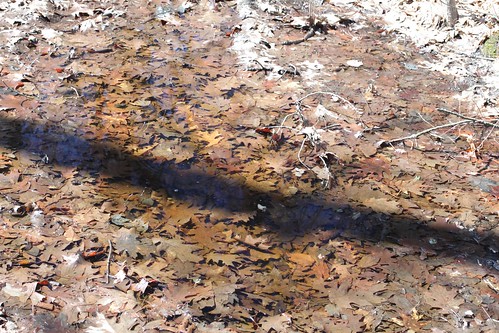 In this particular case I think the reflected trees in the first shot actually help the photo, but this shot of a puddle isn’t going to end up on anyone’s wall either way. 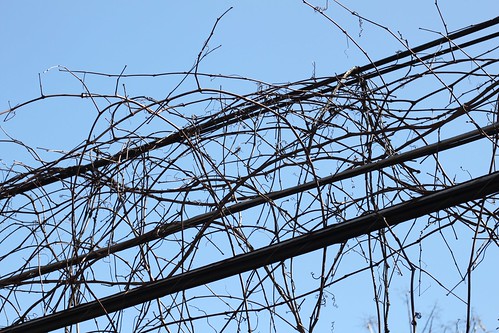 This is a shot of some power/phone lines being overgrown with vines. (Yikes!) Here’s a very similar shot, in which I correctly-adjusted the filter: 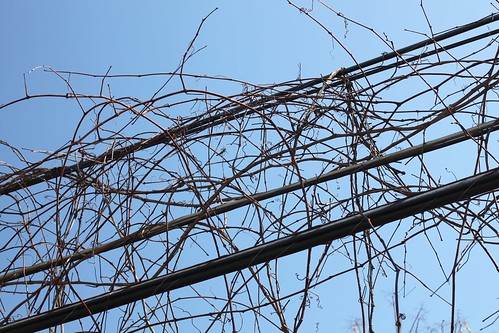 The sky looks nominally better, but the real gain is subtle — it’s in the details on the vines and the power lines. Look at the bottom line, for example: with the polarizer, you’re able to see the silver (silver-colored, at least) wire that wraps its way around, whereas it’s mostly lost in the first photo. Again, this shot won’t win any awards, and using a polarizer to capture details in power lines isn’t exactly exciting. But the sort of small gains can be far-reaching and are worth it, I think.

I don’t have a before-and-after on this one, but this shows another great benefit of polarizers: 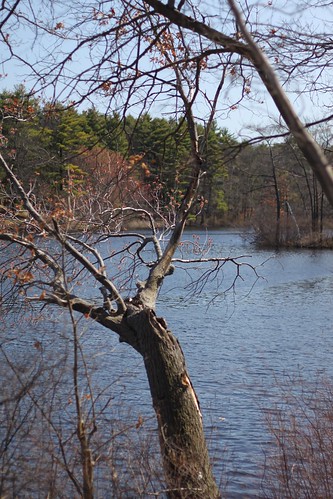 The foliage is vibrant and saturated, whereas it’s much more washed out without it.

Polarizers do have some downsides. One (which can also be a benefit in some cases!) is that you lose some light. Any sort of filter always loses some, but the whole point of polarizers is to reject certain types of light. Don’t use a polarizer if you’re shooting in low-light… Also, they can introduce some distortion; this isn’t just polarizers, but anything you stick in front of your lens. ($400 lens, $20 polarizer… D’oh!) Another pet peeve I’ve noted with filters is that under just the wrong situation, they can pick up glare themselves, as the filter itself receives a ton of sunlight.

Given that you can pick up a mediocre-enough polarizer for $20 or so, you probably owe it to yourself to pick one up if you do much outdoor photography.