Last night we were unloading a shopping cart. When done, the place to put it away was pretty far away. But there were about ten other shopping carts littering the parking lot nearby, so I said, “Meh, what’s one more?”

As we got in the car, I proclaimed, “Broken Windows in action!” I think people were confused and assumed I was referring to a literal window which was broken. Instead, I was referring to the Broken Windows Theory, which is an interesting read. The basic premise is that researchers watched an abandoned warehouse. For weeks, no one vandalized the building. One day, one of the researchers (deliberately) broke one of the windows. In short order, vandals knocked out the rest of the windows. The theory is used a lot in policing, but I think it has applications in many other places. Such as parking lots: if you’re diligent in bringing in carts, I’d argue that you’d avoid people doing whta I did. (I also felt the same way at the bowling alley: if we frequently picked up candy wrappers and popcorn from the floor, the place seemed pretty clean. If we slacked, it felt like the place was being trashed by everyone in short order.)

The theory does have its detractors, but it also has strange people who see applications of their theory in parking lots. Enjoy the photo of chives, which have nothing to do with anything, but I just took it and I like it. 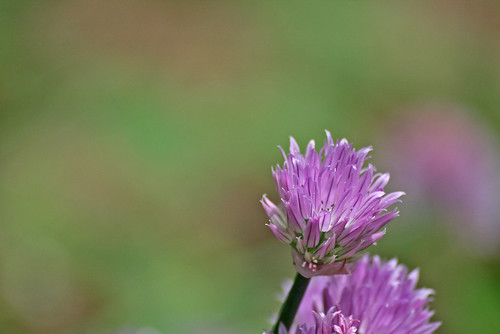