I think the best thing about SLRs isn’t their elimination (well, exponential reduction) of shutter lag, nor the support for high ISOs, or even advanced exposure and metering modes. It’s that even at relative high apertures (f/5.6), you can keep a shallow depth of field. Consider this photograph: 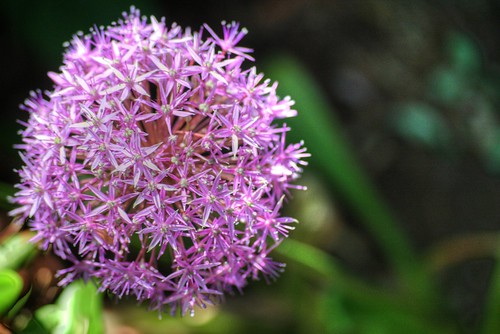 (Does anyone know what type of flower this is, BTW?) The photo wouldn’t be half as good if everything were in focus, as a normal camera would have rendered it. But by throwing the distracting (and ugly!) background out of focus, the shot comes out a lot better. I don’t entirely love the depth of field on this one; I wish you could see a little more of the plant clearly (which would have required that I stop the lens down a bit more), but I also wish the background were even further out of focus (which would have required that I open up the lens a bit more). BTW, a little bit of HDR going on here, as it wasn’t the best lighting. 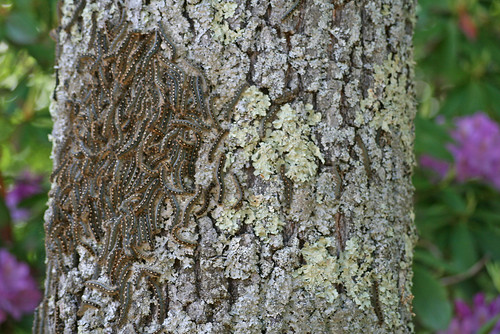 There’s another example. Too shallow, or at least, I should have manually selected the autofocus sensor to use one on the left, so that all the caterpillars were in focus. But the background (green and purple bushes) are pleasantly blurred, keeping your attention on the tree. 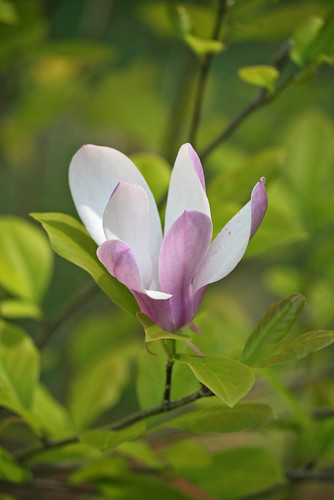 Here I totally disregarded the rule of thirds. I like it anyway. The other leaves were pretty nearby, so they’re only slightly out of focus. But again, it draws your attention in closer. 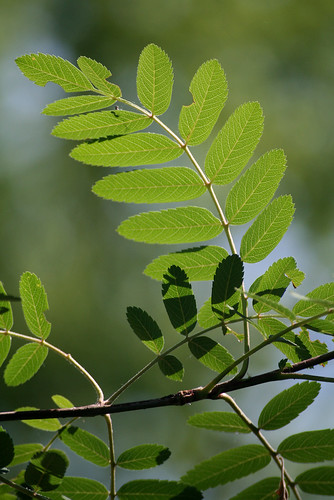 There’s the best example. The trees in the background were across the street, and thus extremely out of focus. The camera focused on the leaves, which are tack sharp.

And now, I’m going to go finish mowing the lawn. There were just too many photo opportunities I noticed… 😉

Although I’m attending a Fishercats game tonight… It’ll be my first time with an SLR there. Let’s see how that goes.